The world's largest U.S. Marine Corps Amphibious Training Base is located in North Oceanside. It is considered a "recreational" paradise with its military community of over 36,000 spread over 125,000 acres. The camp is well recognized for its interest and effort toward ecology and the preservation of natural resources. With its three mountain ranges and varied geographical terrain, Camp Pendleton has earned its title as an "Ecological Oasis of Coastal California."

Home of the First Marine Division, Camp Pendleton is situated on what was once a Spanish land grant called Rancho Santa Margarita y Las Flores. The area's natural beauty has been changed as little as possible, making Camp Pendleton a modern military base in the heart of a little piece of history. 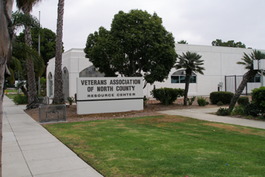