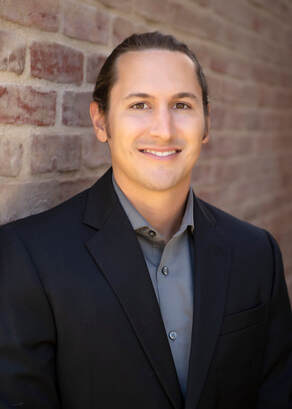 Hunter grew up in Winchester, Virginia, a small town in the northern most part of the state not far from the nation’s capital. There, he attended Sherando High School while playing all four years for the Warrior’s successful varsity golf team. During his senior year, Hunter served as a volunteer firefighter for his local fire station. After graduation, Hunter felt the desire to serve his country and do more. He joined the United States Army where he was stationed at Fort Bliss in El Paso, Texas. While stationed in Texas, Hunter fell in love with the desert and most certainly developed a passion for street tacos. Operation Enduring Freedom sent Hunter on a nine-month deployment to Southern Afghanistan where he learned the value of hard work, team reliability and the true importance of radiating positivity to the people, especially when faced with negative situations.
​
After being honorably discharged from the Army, Hunter decided to continue west to California. As a kid, he dreamed of living "where the movie stars lived, the palm trees grew, and the sun shined year-round". The first time Hunter stepped foot in Oceanside, he fell in love! The beach town vibes and the down-to-earth people felt like home to him. He loved Oceanside so much he decided to purchased his first house, and has been a resident since early 2015. Since moving to O'side, Hunter missed the camaraderie of his brothers and sisters in the military, so he decided to join the Army Reserves unit on Camp Pendleton.

Currently, Hunter is working towards completing his bachelor’s degree in business through the University of Phoenix while being employed full-time at the Chamber. During his spare time, he enjoys action sports like surfing, snowboarding and SCUBA diving. Hunter and his cute puppy Banjo also love to go hiking along the River Trail or throw the frisbee on Dog Beach.
Hunter’s professional background is in the golf industry. Here he learned how to teach golf and run business operations for a golf resort in Laguna Beach. He still enjoys playing the game whenever he gets a chance, but decided to step out of the golf world and explore his fascination of business. Hunter joined the Oceanside Chamber of Commerce as the newest addition to the membership acquisition and retention team. Here he feels right at home developing relationships with local business owners and helping support the local establishments that he loves so dearly. Hunter’s drive and motivation stems from the desire to create a “cool, yet safe” community that all his friends and family members would love to visit or be a part of. In the longterm, Hunter aspires to owner his own business, while just making the people around him laugh and smile each day.
Copyright © 2020 Oceanside Chamber of Commerce
928 N. Coast Highway | Oceanside, CA 92054
Tel 760-722-1534 | Fax 760-722-8336
info@oceansidechamber.com
Map/Directions