Visit the city of Oceanside California! 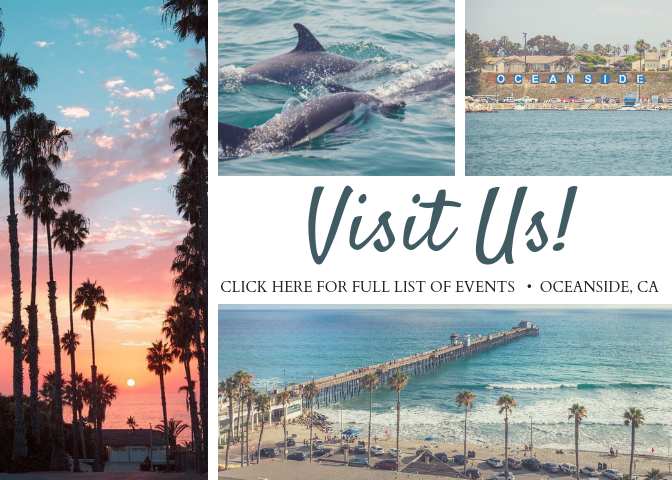 The Oceanside Chamber of Commerce cordially invites and welcomes you to step inside the spectacular beachfront community of the City of Oceanside, CA. Oceanside is centrally located in the heart of the beautiful Southern California coastline and coastal communities. The community is one of North County San Diego's best places to escape the hustle and bustle of the crowded cities.

The City of Oceanside boasts local transit centers and transportation stops featuring light rail ridership along Amtrack; Metrolink; Sprinter and the Coaster tracks. Public transportation options streamline transportation along the I78 corridor, as well as between Downtown San Diego; Orange County and Los Angeles for employees, local residents and tourists.

With an estimated 170,791 residents in 2017, recent population estimates show the City of Oceanside had the largest residential population among I78 corridor communities in 2017. Another 68,000 military personnel and/or their immediate families live and work in the nearby community of Camp Pendleton, CA.
Video Courtesy of KOCT-North County’s Channel
Copyright © 2020 Oceanside Chamber of Commerce
928 N. Coast Highway | Oceanside, CA 92054
Tel 760-722-1534 | Fax 760-722-8336
info@oceansidechamber.com
Map/Directions