the history of oceanside 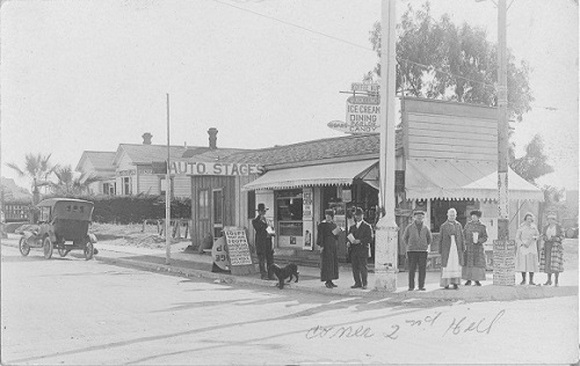 Oceanside is situated on the Pacific Coast named quite literally because of its location.   Its history begins in the agriculture-rich San Luis Rey Valley, which was first explored by the Spanish Explorer Portola in 1769, followed by the founding of the Mission San Luis Rey de Francia in 1798.

The Mission, with its vast fruit orchards and cattle raising activities included a large population of Native Americans. The Indians who were gathered at the Mission were called "San Luisenos" by the Franciscans, later shortened to "Luisenos."  Indians were instrumental in building the Mission compound as they provided the labor.  Mission San Luis Rey was the largest building in California when completed and was the most prosperous of the missions, earning the name “King of the Missions.”

In 1834, formal secularization took place.  All the Mission properties were confiscated by Pio Pico, governor of California, and sold for $2,437.50.  During this period, the Mission buildings fell into disrepair and was in ruins.  In 1893, Father Joseph Jeremiah O'Keefe arrived to restore the Mission.  By 1912, when he retired, restoration in great part was complete, but, still continues today.

A township known as San Luis Rey, which was west of the Mission, was established in the early 1870's and was largely inhabited by a group of English settlers.  By 1884, San Luis Rey Township had a post office, stores, a hotel and a weekly newspaper, The San Luis Rey Star, which later moved to Oceanside.

In 1881 the United States Government conducted a survey of the Southern Pacific slope and in 1882 a railroad was laid from Los Angeles to San Diego through Colton, Temecula, Fallbrook and down the coast.

Andrew Jackson Myers applied for a Homestead Grant on the Oceanside mesa and he was allotted 160 acres in 1883.  Cave J. Couts, Jr. surveyed the townsite and J. Chauncey Hayes sold the town lots.  Myers is known as the founder of Oceanside as he owned the first land and was said to have built the first house.

J. Chauncey Hayes was not only the real estate agent but the Justice of Peace and the editor of his own newspaper, The South Oceanside Diamond.  When he drew the petition for the first post office, the name "Ocean Side" was used, but later changed to "Oceanside."

By 1887, the Bank of Oceanside was built on the corner of Second (Mission Avenue) and Hill Streets and also a grand hotel, the South Pacific, located on Third and Pacific Streets, near the present pier.

A wharf company was formed and soundings were made at the location of what is now known as Wisconsin street.  The wharf was made entirely of wooden pilings, the first pile being driven May 12, 1888.  On July 3, 1888, Oceanside was incorporated with a vote of 74 to 53.  The founder of the city, A. J. Myers, was the first to vote.  The population was about 1000.